Over at Amazon, they have a new deal on this Mora Companion knife, a fixed-blade outdoors knife with 4.1″ carbon steel blade and olive green sheath and handle accents.

Despite being aimed at outdoors enthusiasts, Mora knives are also very capable and versatile for workshop, jobsite, and around-the-home tasks.

Mora knives are phenomenally good values. The knife is made in Sweden.

This is an “okay” price; the knife has a list price of $18. I believe that $15 is really its average price, but the price did recently drop down to $15 after sitting at $18 for around 2 months.

Amazon usually has Mora Companion knives on sale in early December, but this is the only color and style featured in their new promo listing. It’s uncertain as to whether there will be any other Mora knife sales.

I’m posting about this more because it tends to be a very popular gift idea. If there’s someone on your list that you’re still shopping for, how about a made-in-Sweden fixed blade knife?

If the color scheme isn’t bright enough for you, or you want something a little smaller, consider the Mora Craftline. 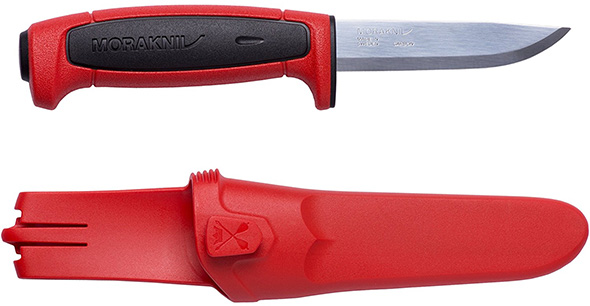 The Mora Craftline Basic 511 features a 3.6″ high carbon steel blade and is described as being an all-around utility knife. It comes with a color-matched sheath.

The Craftline knife is a great value, even when it’s not on sale.

It’s made in Sweden and priced at ~$10. Other colors are priced a little higher.

The Dewalt Tools Store is a SCAM

CHARACTERISTICS OF A GOOD PLASTIC WELD

Tesla & Volkswagen Will Be The Top EV Makers According to...

Nonfossil Fuel Sources Accounted for 21% of U.S. Energy Consumption in...

Implications Of Tesla FSD Beta If It Cuts Crashes Dramatically?

Will Tesla Gigafactory 6 Be Giga Shanghai 2?