Here at MachineMetrics, we are always striving to improve our product and add new insights and features for our customers. This is especially true as we continue to grow our market share and capture an even greater understanding of the dynamics of capacity utilization. Today, we’re excited to announce some important improvements to our benchmarking product.

To give some background, all customers with more than 4 machines connected to MachineMetrics receive a monthly benchmarking report – they are able to see their own factory’s performance relative to the thousands of machines across the MachineMetrics customer base. According to AMT – The Association for Manufacturing Technology, more than 1 out of every 100 production-level CNCs (>$50k value) in the United States is connected to MachineMetrics, allowing us to make statistically significant comparisons across factories and as an aggregate (+- 1.7% margin of error at 95% confidence level). Our data has been used so far by consulting organizations and industry associations to track industry health, as well as by our own customers to discern their relative performance over time.

At the end of every month, each participant in benchmarking receives their average utilization across the entire month, for each machine-type, as well as what percentile each machine-type falls into and the underlying distribution of utilization, like the following:

Though this has brought our customers great value, we realized that it’s unfair for a company with 50 machines to be compared against a company with only 5 machines. The latter, smaller company may have a very high utilization rate due to not having any excess capacity, but is it totally fair to rank it higher than the larger companies and push everyone else’s percentile down?

You can see the effect below, where each underlying distribution much more accurately represents the true distribution of machines for that category, and each dot represents where each machine falls now, instead of the average for the whole company. You’ll also see that there are many more dots, because each one represents a machine rather than a company/machine-type pair now. There’s also some key insights you can glean right off the bat from this, like the fact that Swiss CNCs are often used for higher-production, lower-mix shops and thus have a higher overall utilization than vertical mills, which are often used for long-running, complex parts that require extensive setups (Stay tuned for more insights at our next State of the Industry Update on July 20th). 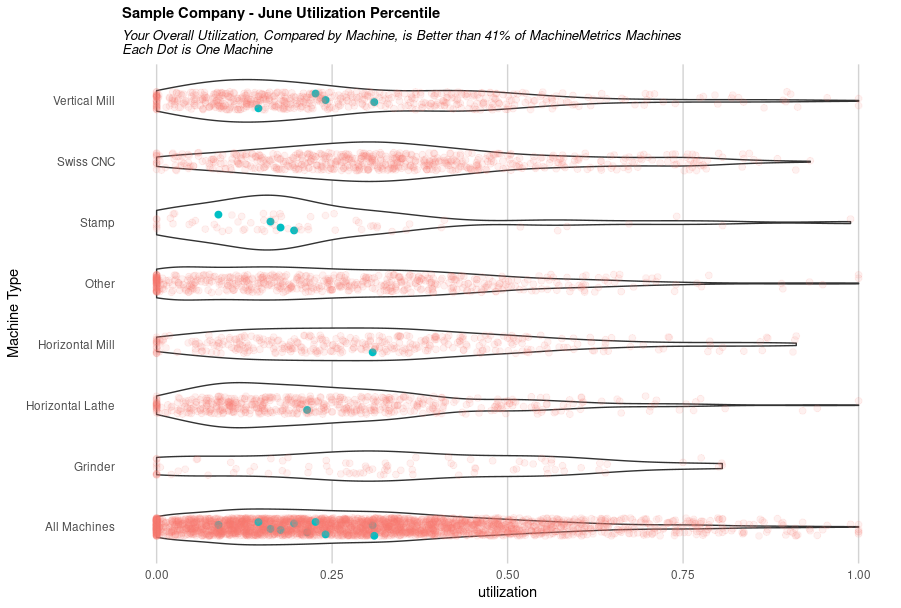 In effect, this allows our customers to gain two insights – a more accurate company-wide percentile ranking that takes into account how many machines they have, and individual rankings for each machine they have. For this company, the overall percentile only shifted by 1%, but a company that has very few or very many machines may see more of a shift. 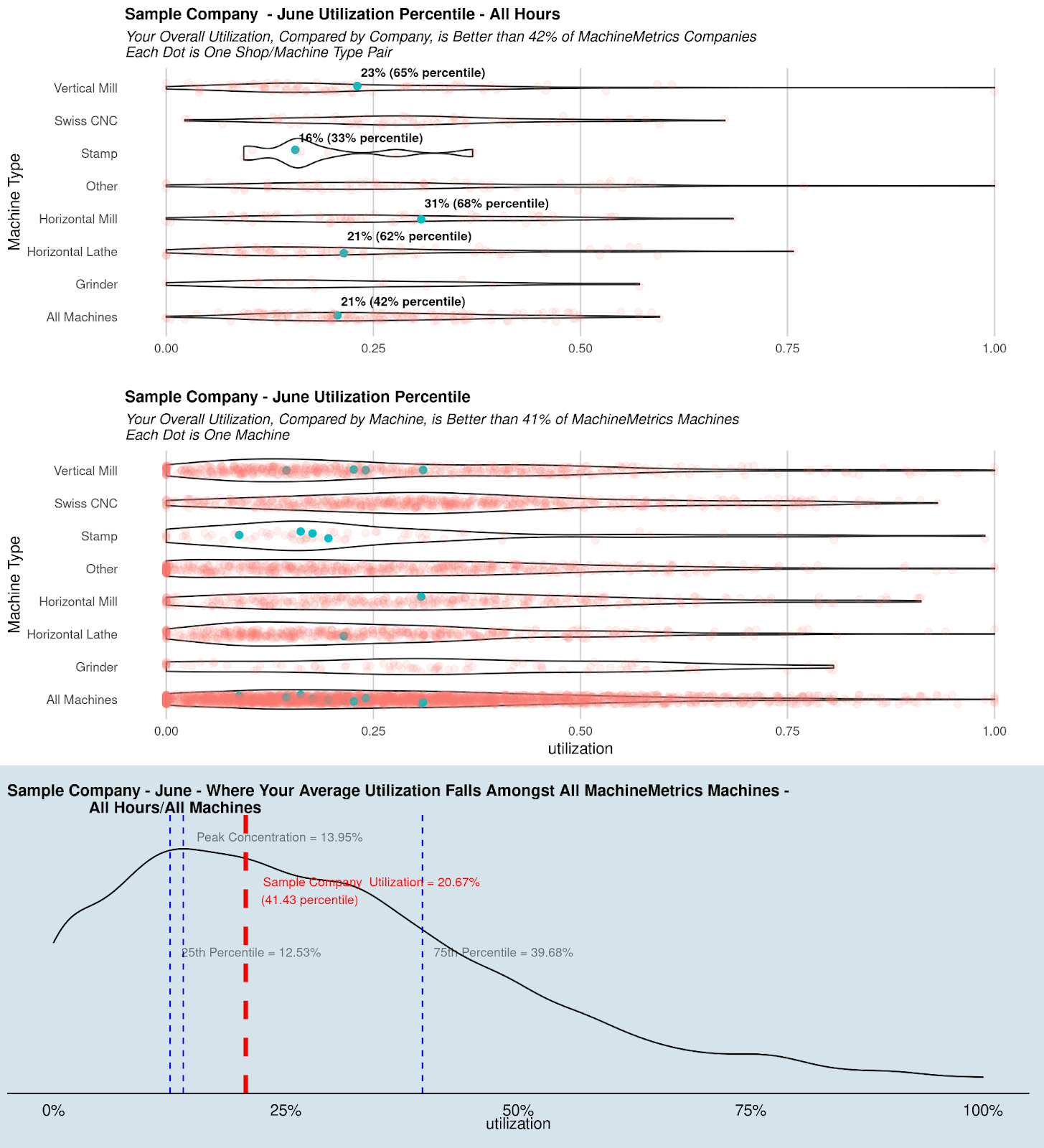 Thanks for reading, and hope to see you all at the next State of the Industry webinar, where we’ll discuss this in more detail and some more interesting insights.

Line Balancing: How to Unlock Your Hidden Unused Capacity

A Guide to Preventive Maintenance in Manufacturing

How to Conduct a Bottleneck Analysis: Strategies and Examples

Nonfossil Fuel Sources Accounted for 21% of U.S. Energy Consumption in...

How Made Smarter Manufacturers Are Using Technology to Save Pounds and...

A Guide to Manufacturing Process Optimization | Benefits and Strategies