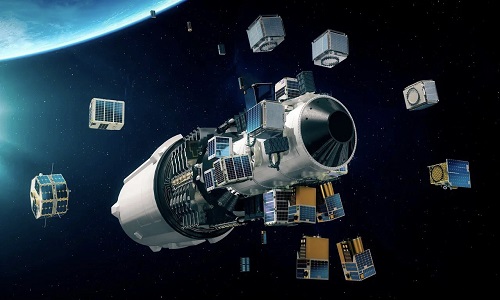 ‘Fingerspitzengefühl’, which in German literally means “fingertips feeling” (indicating intuitive flair/instinct) is the name of the launch campaign given by the space deployment company called Exolaunch to its aim of deploying small satellites into the space. The launch is slated for 29 June 2021 from Cape Canaveral, Florida, USA.

Approximately 29 small satellites from the USA, Europe and South America will travel aboard SpaceX’s Falcon 9. With a combined mass of close to one tonne, which is double from SpaceX’s previous rideshare for small satellites, Fingerspitzengefühl will become the largest mission in terms of payload mass to date. The launch will bring the total number of satellites launched by Exolaunch to 170. These payloads with cutting-edge technologies will greatly benefit IoT, Earth Observation and scientific applications, and satellites for Exolaunch’s international customers such as Loft Orbital, NanoAvionics, ICEYE and the TU Berlin. Exolaunch is also providing flight hardware, separation systems and integration services to support Satellogic’s four microsatellites on this mission. 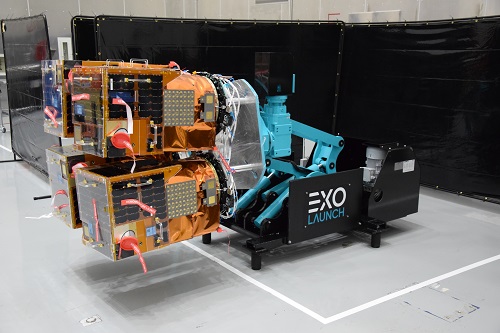 For maximised payload capacity and flawless deployment of satellites into the target orbit, Exolaunch will use EXOport, a flexible multi-satellite adaptor that can accommodate microsatellites and cubesats on a single Falcon 9 ESPA port. The company will also utilise its proprietary flight-proven separation systems – CarboNIX, the next generation shock-free separation system for microsatellites, and the EXOpod, an upgraded cubesat deployer. 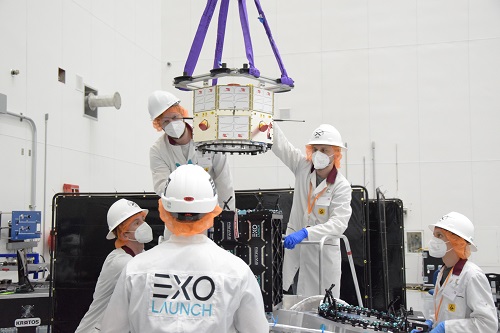 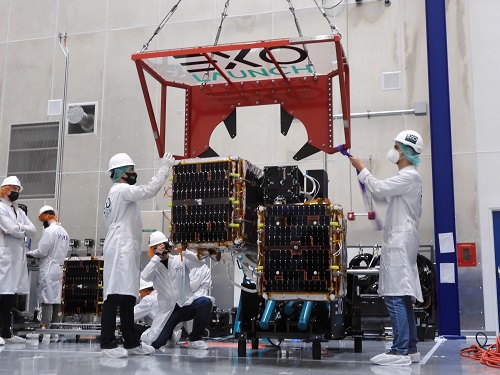 Connor Jonas, Exolaunch’s Program Manager said: “This has been Exolaunch’s most demanding and technically sophisticated mission. For this mission we are using the full range of our product line: four EXOport adapters, ten CarboNIX separation systems and two EXOpod cubesat deployers. We have worked with the entire capacity of a SpaceX ESPA Ring to deploy one ton of customers’ payloads using only Exolaunch technology. This mission was challenging as we had to develop new technical solutions for such a large and diverse cluster, and find a way to deliver twice the hardware in half the time. Despite these challenges, our expert team delivered on time and pulled off an exceptionally smooth integration campaign at Cape Canaveral.” 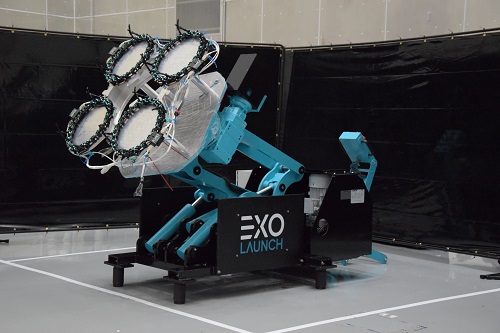 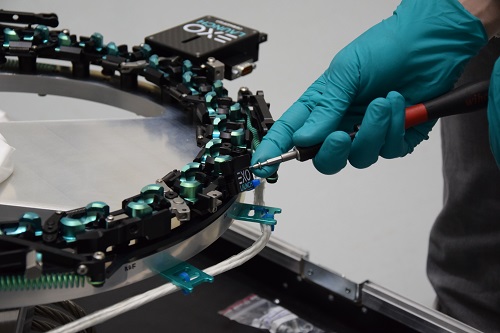 “This is a powerful NewSpace transatlantic partnership between SpaceX and Exolaunch,” said Jeanne Medvedeva, Vice President of Launch Services at Exolaunch. “Being an integrator for Falcon 9 launches, with the advanced flight hardware and deployment technologies in our product portfolio, allows us to serve even the most demanding NewSpace customers who prioritise performance, reliability and innovation to procured launch services. This latest mission shows the trust our customers have in our vast experience in rideshare launches and ability to perform skillfully and professionally.”

Starting next year with the entry of the Reliant orbital transfer vehicle into the space tug market, Exolaunch hopes to fulfil its customer’s requirements to deploy satellites by adjusting altitude, inclination, LTAN/LTDN and performing orbital phasing. The Reliant deorbits shortly after deployment completion, minimising the risks of space collisions and accumulation of orbital debris. Future generations of Reliant will be able to soon perform on-demand active debris removal.

How Ultrasound Can Capture Capacitor Defects

Software With Soft-Start For Injection Moulders And Extruders