To avoid the risk of contracting Covid-19, it is important not to touch surfaces including switches, doorknobs, and keys that have been frequently used by other people. This project is for a contactless switch that works with hand gestures.

The smart switch includes a sensor that can detect hand movements and translate them into commands for controlling lights, fans, and various other home appliances. The author’s prototype for this switch, with its OLED display installed on the wall switchboard, is shown in Fig. 1. The list of components required for designing the gesture-controlled switch is given in Table 1. 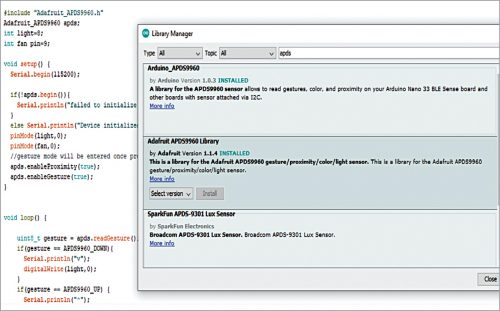 Fig. 3: Arduino code with libraries and pin numbers for light and fan

Create a loop function to update the sensor readings and use your hand gestures as inputs to control Arduino output pins. Also create a switch condition in the code, as shown in Fig. 5, for specifying the commands based on the type of hand gestures (up, down, left, and right). The icons (arrow symbols) below indicate the gestures and commands to be displayed on the OLED:

Up: Light on
Down: Light off
Left: Fan on
Right: Fan off

After coding is done, compile it in Arduino IDE and upload the code to Arduino board. 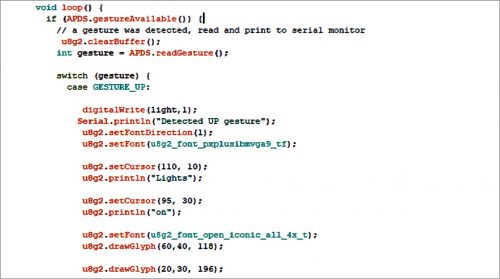 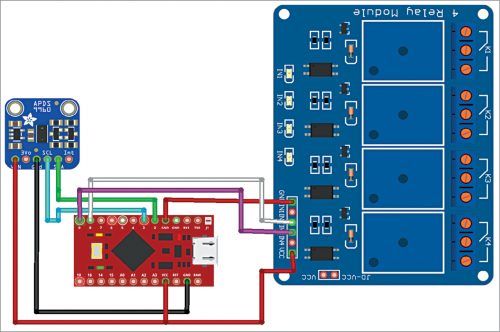 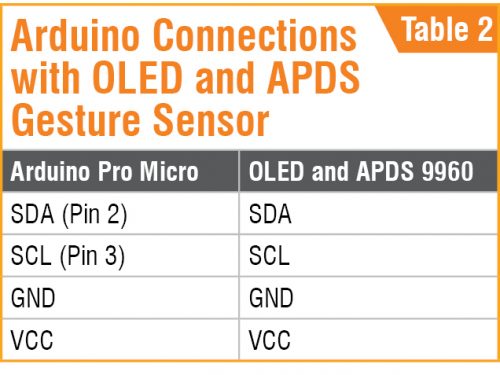 Install the automatic contactless switch on the wall switchboard as shown in Fig. 8. Switch on 5V adaptor to power the device and relay module. 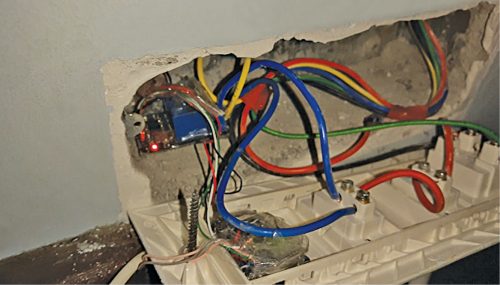 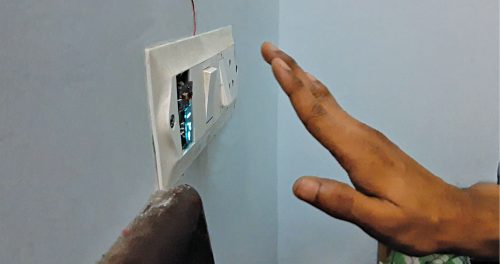 Fig. 9: Moving hand up in front of the contactless switch switches on light bulb

This article was first published online on 8 September 2020 and was published in EFY Print December 2020 issue.

Ford Rises to the Occasion: My Review of the Mustang Mach-E